Black Dog by Stephen Booth  is on Tour October 8 – November 8, 2013 with Partners In Crime Virtual Book Tours. You will find my review of the book below along with an excerpt from the book. 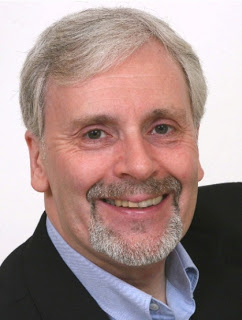 Stephen has been a Gold Dagger finalist, an Anthony Award nominee, twice winner of a Barry Award for Best British Crime Novel, and twice shortlisted for the Theakston’s Crime Novel of the Year. Ben Cooper was a finalist for the Sherlock Award for the best detective created by a British author, and in 2003 the Crime Writers’ Association presented Stephen with the Dagger in the Library Award for “the author whose books have given readers the most pleasure”.

The Cooper & Fry series is published all around the world, and has been translated into 15 languages. The latest title is DEAD AND BURIED, with a new book, ALREADY DEAD, published in June 2013.

The helicopters are halted. The search for fifteen-year-old Laura Vernon ends when her body is found, murdered, in the forest. 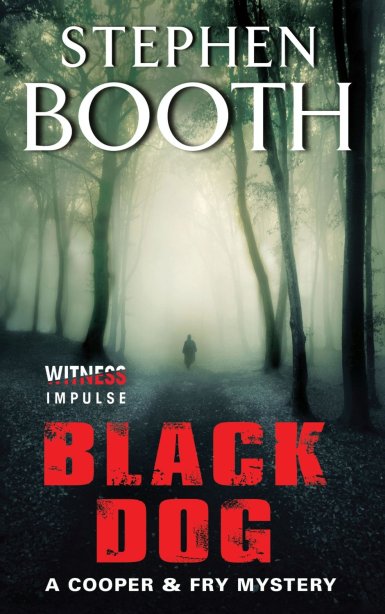 On his hunt for the killer, detective Ben Cooper begins to suspect the people of Derbyshire are guarding some dark secrets-secrets that Laura might have known. Further complicating his investigation, Cooper is paired with an unfamiliar partner: Diane Fry, a woman as tenacious as she is alluring. Together they learn that in order to understand the town’s present, they must unearth its past.

Black Dog is like Twin Peaks by way of Tana French, and the first novel in the multiple award-winning Cooper and Fry series.

There are few things more enjoyable than a good British Police Procedural. BLACK DOG by Stephen Booth was the first in the Cooper and Fry series first published in 2000 and now being re-released. I was really looking forward to it. Now you will hear me say something I rarely say, because I have a policy of not writing negative reviews but I had signed on to this tour, I didn’t like the book at all. I know it won all kinds of awards. The series as a whole has won a lot of praise, it is even supposed to be in development as a TV series. So I am obviously in the minority. The writing itself is technically excellent. It was the plot and characters that left me cold. Other than the fact Cooper seems to have a lot of issues and Fry is ambitious, I didn’t feel I had gotten to know these two characters at all. And for partners, they spent very little time actually working together.  Cooper was supposedly the golden boy and up for promotion. He comes to work a couple of times looking a bit disheveled and the decision is made that he won’t be promoted. What? I happen to come from a family of cops and that his commanding officer would not have looked into what was wrong does not ring true (his mother had just been hospitalized with Schizophrenia), particularly as his father was a much loved member of the department killed in the line of duty two years earlier and Cooper was number one on the promotion list. Right. Like he would suddenly be pushed aside – if nepotism hadn’t gotten him the promotion the union would have. You do get a good sense of the parents of the victim but they will obviously not be recurring characters. The best drawn character in the book was Harry Dickinson, the old man whose dog found the victim’s sneaker which led to her body being found. Some authors say they know whodunit before they write the book. Others say they know only as the story evolves. I could not help but feel the author reached a certain word count, nothing had come to him, so he said better cobble something together. Keep in mind, the series has continued on and is now on the thirteenth book, so he must be doing something right, but I can only give this ♥♥♥

POSTSCRIPT: I brought this up in a readers group. A good many said they were not crazy about the series at first but it grew on them. All seemed to agree they did not like the character of Diane Fry, however. But perhaps we aren’t supposed to like her. There was universal agreement they did like Ben Cooper after the first book.

The spot where Ben Cooper stood was remote and isolated. A passing walker wouldn’t have been able to see him up here among the bracken, even if he’d bothered to look up.Cooper turned round, wafting his hand across his face against the flies. He was looking through the trees and thick brambles as if towards the end of a dark tunnel, where the figure of Harry Dickinson was framed in a network of branches. Cooper had to squint against a patch of dazzling light that soaked the hillside in strong colours. The old man stood in the glare of the low sun, with hot rocks shimmering around him like a furnace. The haze of heat made his outline blur and writhe, as if he were dancing a slow shimmy. His shadow, flung across the rocks, seemed to wriggle and jerk as its shape fragmented among the bracken and brambles.

The expression in Harry’s eyes was unreadable, his face lying partly in the shade from the peak of his cap. Cooper couldn’t even tell which way he was looking, whether he’d turned away or was staring directly towards him in the trees. He wanted to grab the old man by the shoulders and shake him. He wanted to tell him that somebody had disturbed this spot, and recently. The evidence was right there for anyone to see, and to smell.

There had been two people here, and at least one of them had been looking for more than just rabbits. The smell that lingered under the trees was of stale blood. And the flies had found something even more attractive than Cooper’s sweat to feed on.