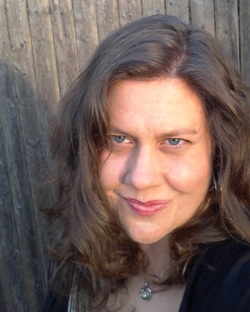 Wendy Tyson’s background in law and psychology has provided inspiration for her mysteries and thrillers.  Wendy lives near Philadelphia with her husband, three sons and two muses, Labs Molly and Driggs.
Killer Image (Henery Press, October 1, 2013) is Wendy’s first novel in the Allison Campbell mystery series.  Her mystery The Seduction of Miriam Cross was published this past fall and is also the first in a series. 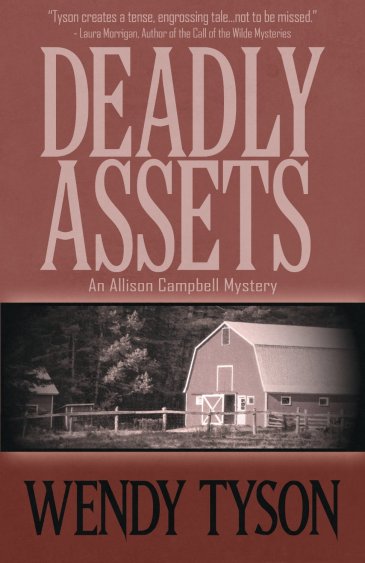 An eccentric Italian heiress from the Finger Lakes. An eighteen-year-old pop star from Scranton, Pennsylvania. Allison Campbell’s latest clients seem worlds apart in every respect, except one: Both women disappear on the same day. And Allison’s colleague Vaughn is the last to have seen each.

Allison’s search for a connection uncovers an intricate web of family secrets, corporate transgressions and an age-old rivalry that crosses continents. The closer Allison gets to the truth, the deadlier her quest becomes. All paths lead back to a sinister Finger Lakes estate and the suicide of a woman thirty years earlier. Allison soon realizes the lives of her clients and the safety of those closest to her aren’t the only things at stake.

I loved the first book in this series, KILLER IMAGE, and the second outing for Allison, DEADLY ASSETS, did not disappoint. Two, unrelated, clients disappear and Vaughn is a suspect So Allison must get involved. Wendy Tyson’s other series is a cozy (that leans to a bit more hardcore mystery in my opinion) but there is nothing cozy about this series. It is a bit different from the more hardcore mysteries written by women though. Sue Grafton or Patricia Cornwall’s protagonists have jobs (OI, medical examiner) that give them a reason to be involved in investigations. Allison is an image consultant. Not a job you would expect to have a criminal investigation component to it. Not unlike cozy protagonists. But once again, make no mistake, this is not a cozy. For those who read the first book, Allison is trying to work on a reconciliation with Jason but her investigating puts a strain on the relationship. And Mia is questioning her relationship with the much younger Vaughn. If you haven’t read the first book, DEADLY ASSETS stands well on its own but I would read the first book as well anyway because they are both ♥♥♥♥♥