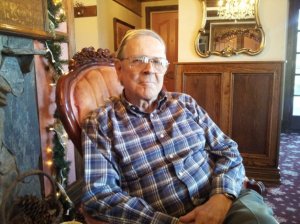 Peter S. Fischer is a prolific writer producer with over 25 years of experience in network television. Among his many credits is “Murder, She Wrote” which he created with the well known television team of Richard Levinson and William Link. He also served as Executive Producer for the first seven years and contributed over 50 scripts. As producer he was the winner of two Golden Globe awards from the Hollywood Foreign Press Association for Best Television Drama and also received an “Edgar” from The Mystery Writers of America, in which he is an active member. In addition to “Murder, She Wrote”, the author was also involved for many years with “Colombo” starring Peter Falk, first as Story Editor and later as producer. During this time, he wrote 12 ninety minute and 2 one hour episodes for the series. His other credits as a writer-producer include the nine-hour miniseries “Once an Eagle” starring Sam Elliott, the 5 hour miniseries “Black Beauty”, as well as several movies-of-the-week. His first movie-of-the-week “The Last Child” was nominated for an Emmy in the category of Best Television Movie. Other series created by Mr. Fischer include “The Eddie Capra Mysteries”, “Blackes Magic” starring Hal Linden and Harry Morgan, and “The Law and Harry McGraw” starring Jerry Orbach and Barbara Babcock. His writing credits include, among many others, “Marcus Welby, M.D.”, “Kojak”, “Barreta”, “Mac Millan and Wife” and “Ellery Queen”. The latter was his first producing credit. A graduate of The Johns Hopkins University, he is the father of 3, grandfather of 6 and currently lives with his wife Lucille in the Monterey Bay area of Central California.

Joe finds himself in Quebec but it’s no vacation. Alfred Hitchcock is shooting a suspenseful thriller called “I Confess” and Montgomery Clift is 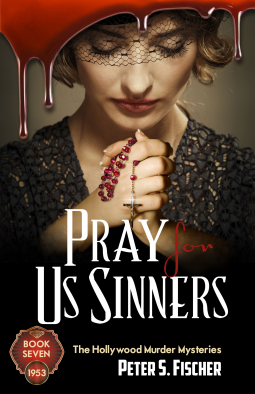 playing a priest accused of murder. A marriage made in heaven? Hardly. They have been at loggerheads since Day One and to make matters worse their feud is spilling out into the newspapers. When vivacious Jeanne D’Arcy, the director of the Quebec Film Commission volunteers to help calm the troubled waters, Joe thinks his troubles are over but that was before Jean got into a violent spat with a former lover and suddenly found herself under arrest on a charge of first degree murder. Guilty or not guilty? Half the clues say she did it, the other half say she is being brilliantly framed. But by who? Fingers point to the crooked Gonsalvo brothers who have ties to the Buffalo mafia family and when Joe gets too close to the truth, someone tries to shut him up… permanently. With the Archbishop threatening to shut down the production in the wake of the scandal, Joe finds himself torn between two loyalties.

I enjoyed the book. It was like watching an episode of Murder She Wrote. Once I read the author’s bio I realized why. And I don’t just mean style, it was like it in that it is was populated by big stars. In Murder She Wrote, stars appear to play fictional characters. In Pray For Us Sinners, stars appear as themselves. Mr. Fischer has written seven of these books and I have actually read a couple of the others. Protagonist Joe Bernardi handles PR for Warner Brothers which gives him reason to be hanging out on the movie set and off set with stars like Montgomery Clift and Karl Malden and since the movie that is the backdrop for this mystery is “I Confess”, with the great Alfred Hitchcock. The mystery part was well done and has some twists and turns. There is good character development with the fictional characters. These are fun reads. The only thing is, it did not feel like 1952 to me. I mean no one whipped out a cell phone or anything, but it just felt modern. And there was one reference to sending a fax. So I looked it up. It may have been technically possible, but even in the movie industry, highly unlikely for several more years. If you are an old movie buff or a Murder She Wrote fan, you will really enjoy Pray For Us Sinners and the rest of the series. ♥♥♥♥