Once I built a tower up to the sun 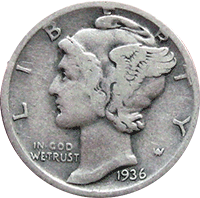 Brick and rivet and lime
Once I built a tower, now it’s done
Brother, can you spare a dime?

Okay, so this time it wasn’t a tower that was built, it was a bridge. And a depression era song is very appropriate. Because while our government continues to talk about the Great Recession (which is BS – it met the definition of a depression), here in Rhode Island we were, and still are, in a regional depression. No matter what any politician says.

So do our politicians work to try and relieve it? No. Of course not. They are too busy up there on Smith Hill with smoke and mirrors, back stabbing, lining their pockets and those of their cronies, and all manner of skullduggery.

On occasion, something good emerges from the smoke and mirrors. This year we got Same Sex Marriage out of it. Which I am totally in favor of. But I am 100% convinced that the only reason we got it this year was because the politicians knew that while the voters were in a tizzy, pro or anti, they were too busy to notice the politicians were doing nothing about our job or economic crisis in the state.

Oh, and there was all the time debating whether or not to make calamari the official appetizer of Rhode Island.

Then there was the whole 38 Studios debacle. Which in my meandering way will ultimately lead to the point. And the dimes.

The Governor that preceded the current knucklehead was Donald Carcieri. Scum. Of. The. Earth. I met him when he was running the first time because I was forced to attend a Republican fundraiser as a favor to someone. (They got not even a thin dime out of me. There was some decent food though.) While I may at rare times be forced to attend functions that I would prefer not to, there is no force on this earth that can keep my mouth closed. Which people really need to remember when forcing me to do something that violates everything I believe in. (You know who you are.) So when the candidate was trying to leave, I cornered him – despite the best efforts of he who brought me to hold me back. The man was anti gay, anti woman, anti poor,  anti immigrant (yeah, Carcieri, a proud old Native American name), anti everything I am pro. Which I can handle. I know many other morons. But they can look me in the eye when defending their racist, bigoted, mysogynistic views. This scum bag couldn’t. Never trust a person who can’t make eye contact. He who brought me managed to finally physically drag me away as the state police were closing in.

So in his second term, Carcieri was at a cocktail party and met Curt Schilling. I have no clue who Curt Schilling is but I am told he played baseball and has something to do with a bloody sock. I could research this but it is so not worth my time. Impressed with the idea of being able to hang out with this former ball player with no business experience, The Scum conspired with the EDC and a couple of other equally scummy politicians to give said former ball player, with no business experience, 75 million dollars to bring 38 Studios to Rhode Island.

So who is on the hook for the 75 million?

While Rhode Islanders traditionally vote for the worst possible candidate, they have been strangely wise about voting on bond issues. So they couldn’t take that route to get the money. Instead, they got Moral Obligation Bonds. Which should be illegal. Not just that they got them, the bonds themselves.

The citizens of Rhode Island have absolutely no legal obligation to repay these bonds and despite what some people say, it would not hurt us if we did not repay them. But the scum bags that gave this money to Schilling are in bed with the wealthy investors who bought these bonds – knowing full well the risk involved in doing so. So they want to pay it off. How? By taking the money from the poorest in our society. By cutting money from every social welfare program that is the only thing keeping a large number of Rhode Islanders going.

Surprisingly, there were a number of politicians who balked at repaying the 75 million which actually works out to paying out 90 million. Finally. Something too odoriferous for even some politicians.

And here is why you should never sell your soul to the devil. He will screw you every time.

There were a  group of politicians who wanted to prevent the new Sakonnet River Bridge from becoming a toll bridge. It was unfair, no doubt. But fair is not a word used in Rhode Island politics. It would cause small businesses and restaurants to lose enough business they would close. We cannot afford that in this state with an already dismal business climate. And in fact, in anticipation, some small businesses have already moved over the line into Massachusetts. The power brokers realized that the bridge people could put them over the top and force through the bill forcing the people of Rhode Island to repay the 38 Studio bonds. So they said you vote with us and we won’t put the toll on the bridge. The power brokers won.

They lied. Imagine that. The devil lies?

Once they got their bill passed they ‘suddenly realized’ that by government regulation, if they did not institute a toll now, they never could. So just to cover the possible future need to have a toll, they put in a mere token of a toll. A symbolic gesture. That’s all. A 10¢ toll. And it would be on the honor system. They weren’t even putting in toll booths.

Well not totally an honor system. There are cameras which will record your plate as you drive over the bridge. And if you have an E-Zpass, it will debit your account.

Now from the sublime to the ridiculous.

They are already making plans to bill people for the 10¢. Okay. Let’s think about this. A stamp costs 46¢. Then there is the price of the envelope and paper and the state worker to do the billing and the undoubtedly new computer program, and training thereon… All to collect a dime.

I write fiction. If in any of my books you ever read something and say that is ridiculous, that could never happen. Remember this. I currently live in Rhode Island. It more than likely did happen. Man, I just had an idea for a storyline.