I reviewed THE THUNDERBIRD CONSPIRACY on November 8th. Go back and check it out if you missed it. Today I would like to welcome R. K. Price who is here to talk about his book: 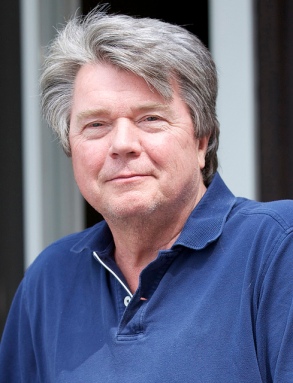 The fiftieth anniversary of the tragic death of John F. Kennedy quickly approaches. The nation will once more honor one of its finest of fallen heroes.  There will be no celebration.  It will be a somber affair, and a new generation of Americans will join their parents and grandparents in reliving those horrifying days and tearful nights of November, 1963 to mourn the youthful President. His image is frozen in time. Besides the sorrowful reminiscing the most notorious crime of the twentieth century will again be examined as the greatest mystery of that millennium. Perhaps the greatest mystery ever. The airwaves, internet and print media will overflow with the full spectrum of opinion on topic.  Accomplished scholars will weigh in; crime writers will have a field day; bloggers will pontificate, and broadcasters will bloviate.  The story will never go away.  It is engrained in the American psyche.

And inevitably during this examination many will ponder the “what if’s.”  What if JFK had lived? What if Lee Harvey Oswald had changed his mind?  What if during that morning in Dallas someone had spotted him with his rifle and called police?  What if his shots were just slightly off target?  Or what if one of his accomplices had turned against him?  Besides Jack Ruby. Before it was too late.

Accomplices, you say.  Why?  What makes you think so?

Thunderbird does not attempt to solve Kennedy’s murder. Far from it. It is neither a scholarly recitation nor another chronicle leading up to and moving beyond the sights and sounds of those fatal gunshots.  Thunderbird does, however, present intriguing elements to this endless Shakespearean-like drama too big to ignore.  It introduces two new, honest-to-God, bigger than life characters .  Men never heard of or written about before.  They were men of such divergent backgrounds that even their chance meeting shattered all odds. They were fascinating men, each in their own right, and the people around them, some who actually were there, others who are found in my imagination, bring color and perspective to those times and to the events that shaped the nation.

Thunderbird is a book of fiction, but it contains more truth than many would like to admit.

Until the Kennedy Assassination section of the National Archives finally released secret FBI and Secret Service files on Robert Kaye his story laid dormant.  It was then, in 2008, and the unexpected revelation of the Robert Kaye dossier that I began to write.  To tell it all beginning on the day my mother’s beloved brother, Bud Carlson, sat, near death from chronic heart disease, spinning a yarn too hard for many to believe.

I truly believed my uncle’s telling on that dreary winter day in Colorado, but I was a journalist and a pretty darn good one at that.  I needed collaboration so I waited and searched for it for thirty-seven years.  I waited to describe the Hungarian freedom fighter, wounded in the bloody 1956 uprising against the Soviets, who came to New Orleans seeking solace and asylum only to find wickedness among those who conspired to kill a President.  A gullible, selfish, confused man easily manipulated by the allure of sex, money, power and standing among the group hell-bent on their murderous mission.  He made his way to Denver where he met Bud Carlson and later a man named Lee Harvey Oswald.

I waited to tell how this man shattered the innocent, yet sorrowful life of my uncle who longed for peace and tranquility after years of heartbreak and personal loss.  Their paths crossed when Bud Carlson hired Robert Kaye and a bond was forged between them. I write that Bud, too, was duped by the conniving Kaye, one of many aliases as the Kennedy investigators soon found out.  Bud trusted the talented tradesman but soon grew tired and wary of his radical views and expressed hatred for America’s leaders at the time.  Bud became suspicious but never thought for a moment his employee ever harbored such ominous motives.

Then Kaye vanished mere weeks before the Assassination leaving a wife and child behind. Like the good man he was Bud stepped in to help, giving the abandoned pair hope and financial support to await his return. Kaye has never been seen since.

I tell how days after the President’s death Bud was arrested for questioning and spent days under intense interrogation. What linked the two and forced Bud to his knees in handcuffs was a piece of evidence somehow lost or possibly ignored in America’s rush to judgment.  That evidence, I reveal, was a pair of binoculars given to Kaye by Bud Carlson as a birthday gift.  This same pair was found in Oswald’s apartment on the day of the Assassination. To his knowledge I write not once in all the millions of documents collected on Kennedy’s killing have binoculars in Oswald’s possession ever been disclosed.  But my uncle said they were his gift to Kaye, and years later, a friendly G-man confirmed to him the shocking truth. For Bud that inadvertent connection led to terrifying days that turned into years of unwarranted suspicion and harassment at the hands of a government he respected and loved.  Bud was betrayed by Robert Kaye but more hurtful was the betrayal by his nation which, through its protectors, victimized Bud Carlson as an unwitting participant in the whole sordid affair.

Bud Carlson is dead.  Robert Kaye may not be.  If he is alive let him come forward to confess and finally free Bud Carlson to rest in peace. The captivating tale of Robert Kaye and Bud Carlson and the parts they played in the Kennedy saga will assume a prominent position on the bookshelves and in the virtual libraries of America’s readers for many years to come.