Terry L. Austin will be here on December 21st with Heartache Motel.  Be sure you drop in to check that out. 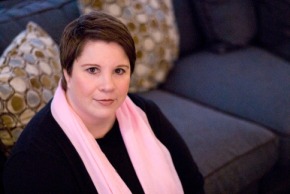 As a girl, Terri L. Austin thought she’d outgrow dreaming up stories and creating imaginary friends. Instead, she’s made a career of it. She met her own Prince Charming and together they live in Missouri. She loves to hear from readers! 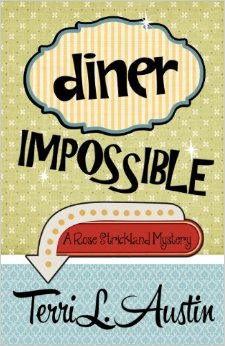 After shunning her overbearing parents’ wealthy lifestyle, waitress and part-time college student, Rose Strickland, is drawn back into their world when she tries to prove the impossible: the innocence of the town’s crooked police chief. He’s suspected in the gruesome death of Delia Cummings, his secretary and mistress, and all the evidence points to him. While she tracks down clues with the aid of her anime-loving bestie, Rose’s pal, Axton, and his Klingon gang are feuding with their Starfleet rivals. Things get hairier than a pile of well-fed Tribbles, so Rose gets involved. In between interrogating Trekkies and quizzing socialites at high tea, she discovers the secrets Delia Cummings took to her grave. Suspects abound, but when Chief Mathers threatens to bring down Rose’s criminally mischievous and maybe boyfriend, Sullivan, she makes it her mission to find the real killer before Sullivan finds himself in prison.

I’ve never been one to look inside a book and check who the publisher was. And I never picked a book based on the publisher. But I have to admit I can always spot a Henery Press book by their cover style and I have come to expect a certain type of book from them. And Diner Impossible by Terri L. Austin does not disappoint. Great characters in funny situations, a little romance,  and a well written mystery that will surprise you at the end  to boot. An enjoyable third installment in this series. Rose, Roxy and Ma should be busy enough with Ma’s Diner but somehow Rose manages to get them involved in a murder investigation, yet again. Rose is asked to investigate a murder, where the much disliked Police Chief is the chief suspect, by both Officer Thomas and much to her surprise, her mother. You want the chief to be guilty. Everybody thinks he is. He is the character you love to hate but there is a large field of possible alternative murderers as the victim was equally unlikable. There is a secondary mystery involving friend Axton and his Trekkie buddies and a missing uniform. I wasn’t crazy about that. I am so over all these obsessive Star Trek fans. But then I said to myself, you always like cozies with Elvis, that’s always fun. And that’s true. That never bothers me. So the dislike of the Trekkies is my thing, probably won’t bother anyone else. (And then I had a real laugh when I discovered the December release Heartache Motel has Elvises and I loved that.)  The end was surprising and tragic and then there is an interesting twist (I won’t spoil) from Officer Andre Thomas that could make the fourth in the series very interesting. I will look forward to it.  ♥♥♥♥